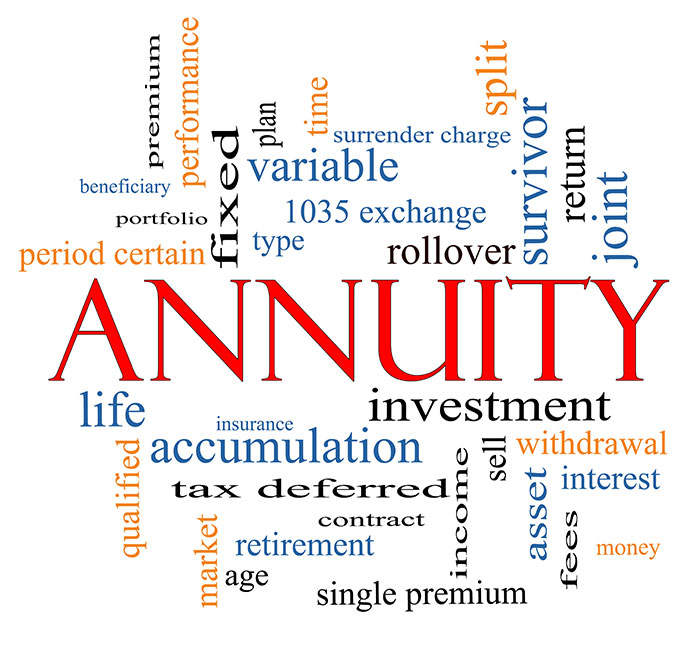 An Annuity is commonly defined as a legal and binding contract between an individual and a Life Insurance Company. It is essentially an investment contract that is embedded with Principal and Income Guarantees. It is because of these inherent guarantees that an Annuity contract can only be issued by specifically a Life Insurance company, and no other type of financial institution. Investments in an Annuity grows tax deferred and the payouts, or the income, can be guaranteed for the life of the Annuitant (The Annuity’s owner), or for a certain period of time such as 10 or 20 years, based on the annuitant’s choosing. The income guarantee feature of annuities has taken a giant leap forward in the past 15 years, due to the industry’s remarkable innovations. The introduction of what came to be known as Income Rider has been a game changer across the whole arena of retirement planning. Income Rider elevates the consumer interests into a whole new level. Detailed explanation about this remarkable feature will be given further along. The Principal Guarantee feature, at the very minimum, guarantees the invested premiums of an Annuity to never lose value. Annuities can be funded in either a lump sum, or in a stream of regular contributions, and, it can also be structured to cover the lives of two people, typically a married couple, which means income continuation to a surviving partner. 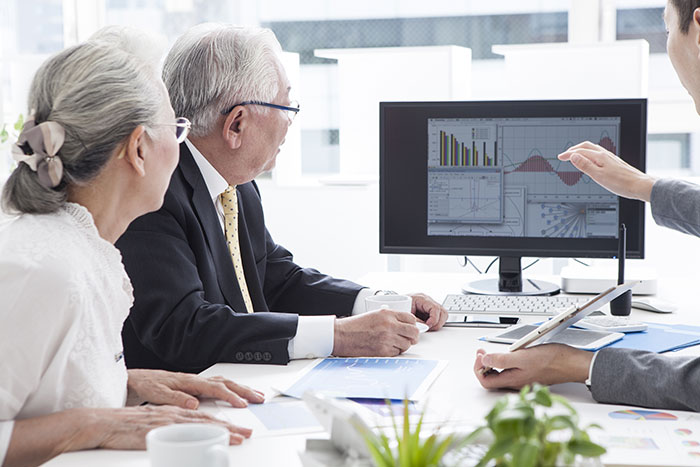 Remember: An annuity is the only financial instrument that can pay a Guaranteed Lifetime Income. It’s basically like having a second Social Security Check!

In today’s marketplace, there are 3 main types of Annuities: Fixed, Variable, and Indexed.

1) Fixed Annuities: This is the original and the most traditional type of Annuity. Contributions to it are invested in the General Account of the issuing company, earning a Fixed Rate of Return which is declared by the company at the beginning of each year. Fixed Annuities can be either “Immediate” or “Deferred”. In an “Immediate” Annuity income payment start no later than one year after the premiums are paid, typically in a lump sum one payment. On the other hand, the income payments from a “Deferred” annuity often start many years later which is called the Annuity’s Accumulation Period- The time between when you start paying premiums and when income payments start. Every Fixed Annuity has a minimum guaranteed interest rate which is the lowest rate the annuity will earn. This rate is stated in the contract.

2) Variable Annuities: It is a diversified financial tool that allows for investments in a variety of mutual funds, or “Separate Accounts” as it’s known in the insurance language. Several Mutual Fund companies can be the participants in a Variable Annuity’s investment portfolio, allowing for diversification. The ability to make investments in a well-diversified mutual fund portfolio is the main advantage of a variable annuity contract.

3) Fixed Index Annuity (FIA): FIAs are unique and innovative financial instruments that got their start in 1995. They offer higher earning potentials than traditional Fixed Annuities, and, the investments in them can be linked to the performance of a certain economic index such as the S&P 500. FIA’s are contractually guaranteed to never lose money as their minimum floor is zero. This means that if the market experiences a negative decline, FIAs will be immune from the loss by receiving a zero credit for the period instead of losing money. The guarantee against loss is a tremendously valuable feature which results in all gains being locked-in while preventing any losses.

To understand the way Index Annuities receive credits, there are a few terminologies that should be explained:

Annual Point to Point: This calculation method measures the change in Index value using two points in one year: The beginning point and the ending point, exactly a year after. The Index gain is calculated based on the difference between these two values. The Index growth, if any, is then subject to an Index margin, Index cap rate, and/or participation rate.

Index Cap Rate: This is basically the upper limit of what can be earned when an Index has shown an upward movement in any given policy year. A new Cap Rate is declared every year on the anniversary of a policy and is guaranteed for that year.

Index Margin: In plain English, “Margin” means the expense rate! In this methodology the upward movement of an Index is not capped off at a certain percentage of growth, however, the declared “margin” rate is deducted from the actual annual yield of the Index.

Participation Rate: In this methodology, Index is also not capped off, instead, only a certain percentage of the actual growth is applied to the Annuity account value. 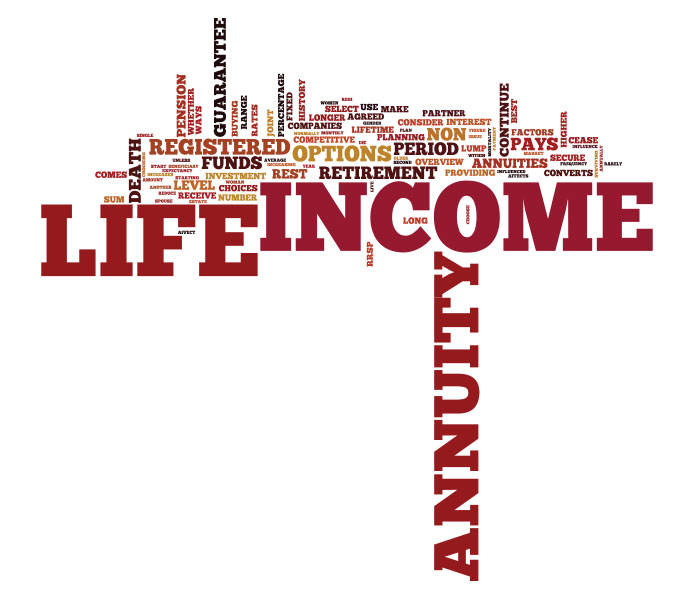 The invention of Indexed Annuities was not only innovative in the arena of better earning potentials, but it was also a game changer when it came to Annuity’s core purpose: The creation of a Guaranteed Lifetime Income. Prior to Index Annuities, and only in reference to traditional fixed Annuities, the only lifetime income feature of an Annuity is mostly known as Annuitization. However, there is a marked disadvantage with Annuitization, and, that is the surrender of all ownership rights to the company once lifetime income starts to pay out by the Annuity owner’s (Annuitant’s) request. Financially, this translates into the company keeping the remaining cash, if any, once the Annuitant has died.

To avoid such circumstance, and again, only in reference to the traditional Annuities, the other income option is what’s known as “Period Certain” where an Annuitant chooses between 10 & 20 years, as the payout period options. In Period Certain options, the payouts are calculated to be entirely liquidated and paid out by the end of the selected period.

Enter Index Annuities & “Income Columns”! The “Income Column” within the chassis of an Indexed Annuity, has completely revolutionized the operating mechanism of a traditional lifetime income option. It’s a strikingly pro-consumer system that besides guaranteeing a lifetime of income, it allows for a much greater level of control and options for the Annuity owner. The “Income Column” is available either as a for fee “Rider”/option, or, there are Index Annuities that have it built in their chassis. 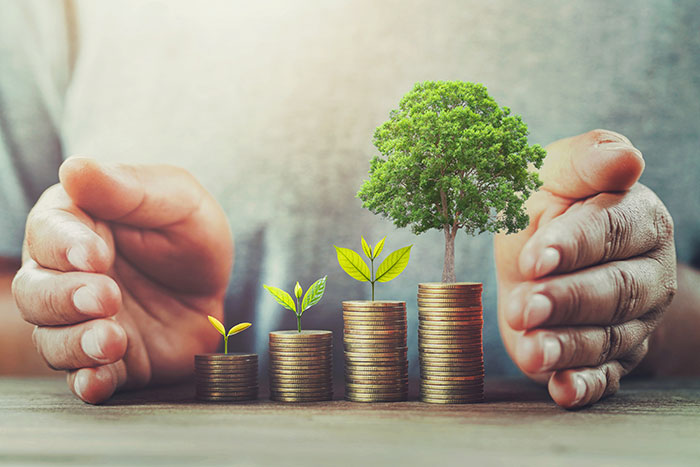 Two Separate Columns. Better Yields:
The Income Column of an Annuity is separate from its’ Accumulation Account. The Accumulation Account is the actual account that earns credits and grows accordingly. On the other hand, the Income Column is a separate column created specifically for generating a guaranteed lifetime income. The value in an Income Column is always higher than the actual accumulation value, because, its’ values are enhanced through multipliers and additions. Here is what that means in an example: in any given year, whatever the crediting on the actual accumulation value might be, that figure is multiplied by a percentage rate, e.g. %150, and then a certain percentage, e.g. 2%, is also added on top of the result. The yielding figure will be the Income Column accumulation figure for that particular year. And, going forward, the same process is repeated for a maximum of a certain time period which is currently 20 years. This means that the Income Column of an Index Annuity has a maximum of 20 years for the purposes of growth. Therefore, in purchasing an “Income Annuity”, the plan ought to be to start the guaranteed lifetime income within 20 years, or on year 21, the latest. The reason being that the growth of the Income Column stops at the end of the 20th year, hence, it does not grow any longer beyond year 20. To better understand the concept of “Income Column”, let’s take a look at two examples based on the prior assumed rates of 150% and 2% addition on top:

Example 2: To explain the workings of an “Accumulation Value” column and an “Income Column”:
Let’s assume that a 50 year old person invests, a one time, lump sum amount $200,000 into an Index Income Annuity. With an annual growth rate of 4.03%, this annuity will grow to be $440,623 in 20 years, under the actual “Accumulation Value” column. Meanwhile, the 20th year yield under the “Income Column” will be significantly higher at $731,538, as explained in Example 1.

In year 21, the annuity owner can either get his $440,623, and walk away, or, he can ask for a guaranteed lifetime income which is going to be calculated based on $731,538. If he asks for the income, he will receive 5.05% of the $731,538 per year, or $36,943, for the rest of his life, guaranteed, and at the time of death, his beneficiaries will receive any balance that is left in the “Accumulation” account. Please note that under this scenario, the owner is going to completely run out of money at about age 86, however, he will continue receiving $36,943 per year for as long as he lives, despite not having any money left in his Accumulation account. 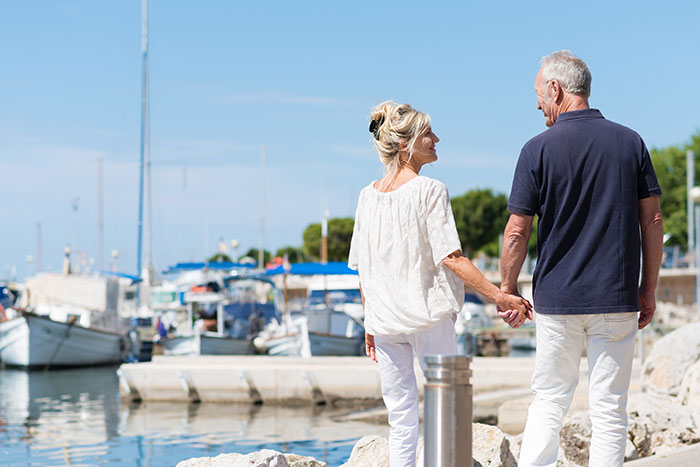 A Brief Summary: An Index Annuity with a Lifetime Income Option, effectively, puts an end on the two most undesirable factors of any retirement plan: 1) Market loss. 3) Income loss, hence, offering a tremendous value for any retiree. Just the piece of mind of knowing that you can never run out of money is enough reason to move at least 20% of your retirement portfolio into this asset class. To reap the most benefits from an income annuity, it would be advisable to start the plan between the ages of 45 and 55. Lastly, the combination of a market decline and ongoing retirement withdrawals can have a devastating effect on any retirement plan, shortening its’ life considerably as well as disrupting the retiree’s piece of mind at an old age. Indexed Annuities with a Guaranteed lifetime Income option puts an end to all these worries and grants a sure-fire peace of mind.